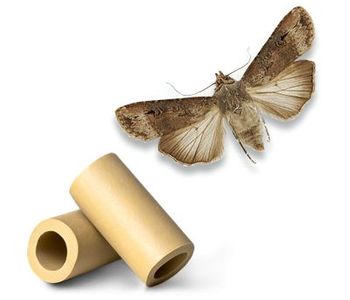 Agrotis segetum, sometimes known as the turnip moth, is a moth of the family Noctuidae. Turnip moth is an agricultural pest that causes root crop damage, many important crops and vegetables, such as wheat, corn, potato, pea, sorghum, cabbage, and beet, can be infested by this pest.

Turnip moth is a common European species and it is found in Africa, Middle East, Mongolia, China, Japan - across Eurasia except for the northernmost parts.

The species is double-brooded, flying in May and June (in warm regions by the end of April), and again in August and September/October. Egg laying begins 5-11 days after emergence. Larvae develop in 24-40 days. The pupae stage lasts two to three weeks but may take up to two months depending on temperature. Depending on the species and latitude, one to three or four generations may occur in a year.