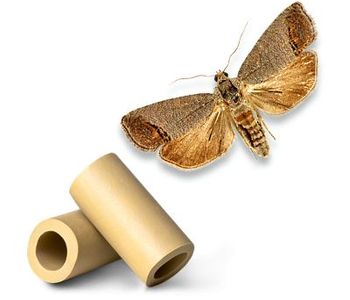 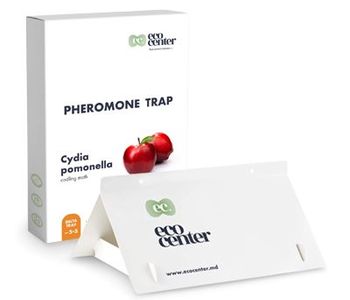 Adults have grey to brown front wings with smudgy grey lines extending across the wings. There is a coppery brown spot near the tip of the wings. Cydia pomonella wings are 15-20 mm wide. This pest flight activity is nocturnal and lasts around 4-6 weeks, with optimal weather conditions.

This moth has a widespread distribution, being found on six continents (Western and Eastern Europe (with the exception of Far North), Caucasus region, Western and Eastern Siberia, Far East, Northern and Southern parts of Africa, Middle East, Australia, North and South America.

Cydia Pomonella’s flight activity starts at the beginning-middle of April and lasts till October. The females lay eggs on fruits, stems, or leaves of the host.